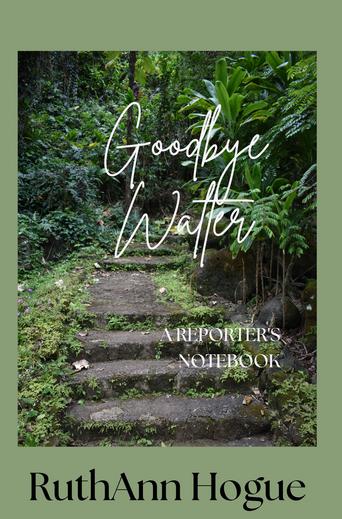 RuthAnn Hogue was a young reporter when she accepted an assignment to meet Walter Schifter, a successful entrepreneur who had lived a full life, and had moved from Evansville, Indiana, to Sun City West, Arizona, to enjoy a comfortable retirement. Their meeting led to a newspaper series as Walter faced his mortality and a spiritual reawakening for both.

Walter's life story changed when he was diagnosed with prostate cancer. Treatments, however, proved successful and drove the disease into remission. Nevertheless, thirteen years after the original diagnosis, the cancer returned. The disease sapped his strength and drained his appetite. The pain was consuming. Once a proud protector and provider for his family, he now had to rely on a wheelchair powered by his wife for his very mobility. He felt helpless, useless, profoundly depressed. When he asked his physician for a stronger pain medication, the physician refused. For a time, the solution that seemed to make the most sense for Walter was suicide. There was a loaded handgun in the bedroom cabinet—it would have been so easy. Instead, he turned to hospice and later offered to shared his story with the local newspaper--including his renewed interest in his Jewish heritage. RuthAnn, then a less-active member of the Church of Jesus Christ of Latter-day Saints, stepped up. One front-page story led to another, as Walter's story touched readers' hearts while forever changing RuthAnn's.